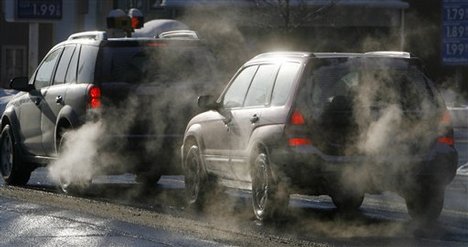 Watch out, brothers and sisters, so that none of you have an evil, unfaithful heart that abandons the living God. Instead, exhort each other every day, as long as it’s called “today,” so that none of you become insensitive to God because of sin’s deception. We are partners with Christ, but only if we hold on to the confidence we had in the beginning until the end.
OK – slight confession – I like the CEB, but it doesn’t use the word “exhort” like some other versions – so I have doctored the CEB so that it does have the word “exhort”.  So sue me!
If we are to avoid having unfaithful hearts that abandon the living God, then we need to exhort one another.  Not having unfaithful hearts that abandon the living God seems like a reasonable aspiration, but the “exhorting each other every day”, what’s that about?
Yesterday I spoke to someone who told me that her husband is the kind of man who doesn’t need many people – he’s self-contained and self-sufficient.  She finds it difficult to get him to talk about his grief over a recent loss.  I kind-of know what she was getting at, because there are probably people who would describe me like that too.
I was reflecting on that this morning as I read these verses, because “exhorting each other each day” kind-of assumes a mutually-encouraging community of people where Christians live – a place where they are accountable to one another and encourage one another and are intentionally NOT self-sufficient – the church?
I might do quite a bit of exhorting – what is preaching if it is not “exhorting” – and these blog posts might be seen as exhorting, even if the initial intention is to exhort myself!
These verses in Hebrews seem to suggest that you cannot be a self-sufficient Christian – it is not enough to exhort yourself – we need to exhort one another, and only in doing so can we really avoid having unfaithful hearts that abandon the living God…
Maybe I need to be less self-contained and less self-sufficient, at least in the practice of my Christian faith.
(yes – the picture – it’s exhaust…  but it sounds a bit like “exhort” and it’s what we actually end up doing to each other in ministry – we exhaust each other, don’t we?  Less exhausting, more exhorting!)
NB – this is not an invitation for anyone to exhort me over the internet!